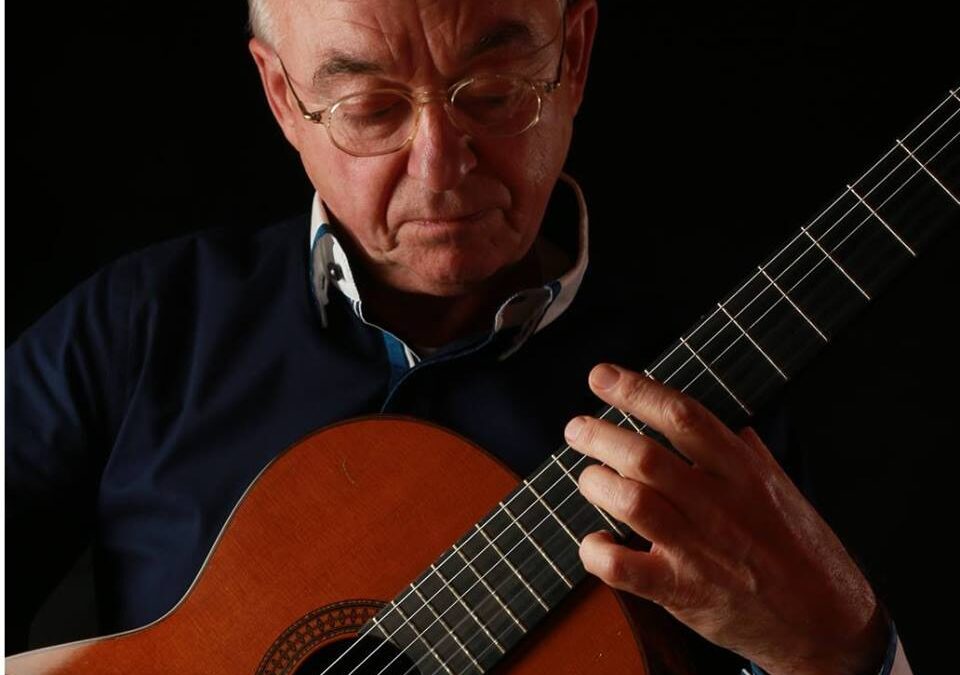 A native of Denbigh, North Wales, Rhisiart studied the guitar at the Royal Northern College of Music, Manchester with John Arran, and Gordon Crosskey. Returning to Wales to commence his professional career, Rhisiart was awarded a scholarship by the Welsh Arts Council for further study with Ricardo Iznaola in Madrid and in London with John Duarte.
Rhisiart has performed extensively in recitals throughout Wales and the UK – including an appearance at the Royal Alberto Hall in London – and has appeared regularly on radio and television.

Rhisiart has worked as a guitar tutor at the Royal Welsh College of Music and Drama in Cardiff and has appeared as a soloist with the BBC National Orchestra of Wales on numerous occasions in concertos by Vivaldi and Rodrigo.

In 2015, during the 150th anniversary celebrations commemorating the establishment of the Welsh Colony in Patagonia, Rhisiart performed a series of concerts throughout Wales and Argentina, collaborating with many distinguished musicians from both countries.

Rhisiart’s repertoire includes music from all parts of the world, with special emphasis on music from Wales, Spain and South America. His personal relationship with Patagonia, Argentina is reflected in the inclusion of several works by notable Argentinean composers such as Ariel Ramirez, Abel Fleury and Jorge Cardoso.

Rhisiart has composed an arranged numerous works – including Welsh folk songs and hymn tunes – and his CD’s  ‘Etifeddiaeth/Heritage’ (released in 2018) and ‘Encil’ (2021) include many examples of his work along with a selection of popular works for guitar from all parts of the world.